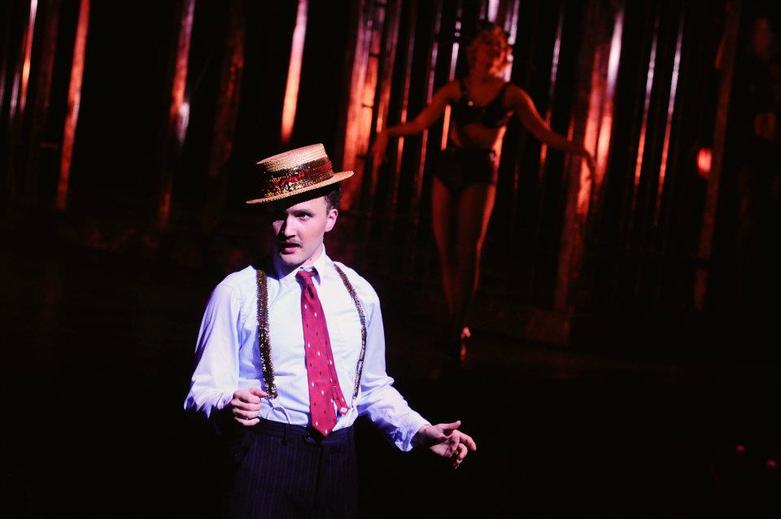 Conor McGiffin is a performer based out of New York City. He was born in Dover, Delaware where his love of the performing arts began when he listened to his parent's Irish band, Celtic Harvest, as they rehearsed in the den. He acted with the Children's Theater of Dover, sang with the Delaware Opera House, danced at the Dance Conservatory under the guidance of Teresa Emmons, and participated in the Broadway Theater Project in Florida in 2009. He left the First State to study at the University of Michigan for Musical Theatre under the tutelage of Brent Wagner, Cynthia Korman-Westphal, Cathrine Walker, Mark Madama, Jerry DePuit, Linda Goodrich, Caroline Helton, Kristin Boggs Clark, Hank Stratton, Joe Locarro, and Malcolm Tulip (GO BLUE!!). He has worked at Clear Space Productions in Rehoboth, DE, the Ivoryton Playhouse in Connecticut, and the Fulton Opera House in Lancaster, PA. He is also a teacher for Broadway Connection. Most recently, he realized a childhood dream by playing Tom Servo opposite Joel Hodgson in the Mystery Science Theatre 3000 Live: Cheesy Movie Circus Tour! Due to Joel's influence, he decided to pursue comedy and has taken Sketch Writing 101 at Upright Citizens Brigade-please pray for him. He enjoys the Bioshock series, yoga, and growing hair on his face.